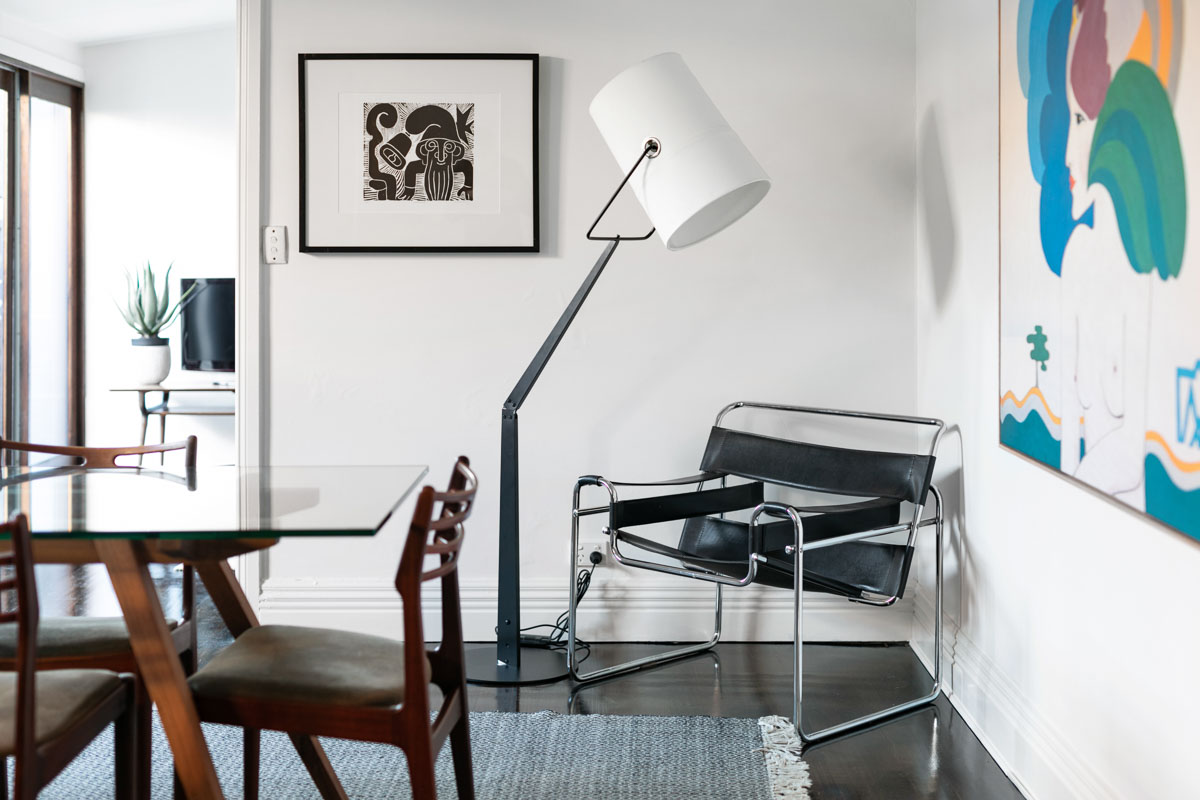 I like to think of myself as a modern woman – I am a business owner, I am a free thinker, I dance to the beat of my own drum and I love modern design. But what is ‘Modern’ exactly? It means a lot of different things to most people and is the source of great confusion to many interested in the world of design.

Look – it certainly can be confusing because literally translated the word ‘Modern’ means ‘relating to the present or recent times as opposed to the remote past’ and is synonymous with the word ‘Contemporary’, but when it comes to design and art ‘Modern’ and ‘Contemporary’ are quite different indeed – even though most people use them interchangeably.

‘Modern design’ covers a fixed period in our design past (confused yet?), roughly from the early 1920’s through to the mid 1960’s and begins post WW1. The post war landscape gave way to the rapid growth of cities and the introduction of new techniques and materials that were adopted by the furniture industry. Post war Modern designs were paired down, far more utilitarian and less decorative than their predecessors. In fact, Modern design shunned the non-functional use of ornamentation and focused on accessible mass produced and affordable products leading to designs that were often linear and minimal in form. Manufacturing techniques and materials used in the war such as bent tubular steel, as seen in many well-known Bauhaus designs such as the Wassily chair and later after WW2, bent plywood – used for leg splints designed by the dynamic duo Charles and Ray Eames are some examples of this. Moulded fibreglass was another post WW2 material that the Eames’ and others adapted into furniture for the masses. 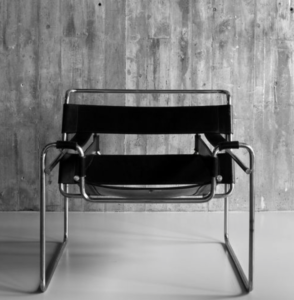 Again, confusingly, ‘Mid-Century Modern’ despite the title of Greenberg’s book, actually spans the middle chunk of the 20th century from the late 30’s to the mid 60’s (and can even creep into the 70’s). This, my friends is the style we can confidently describe today as Modern Design.

We can recognise modern design mostly in the use of materials – bent steel, glass, moulded plywood and plastics – designs that were easy to manufacture cheaply and in large volumes. Ironically over the past few decades the demand for original Mid – Century Modern furniture has gone absolutely through the roof – some pieces fetching tens, even hundreds of thousands of dollars at auction.

This demand has created an influx of cheap knock–offs and replicas as well expensive reissues by the license holders like Cassina, Herman Miller, Vitra and Knoll. The copies are once again mass produced and accessible and are often sold alongside new, contemporary designs adding to the confusion surrounding the difference between Modern and Contemporary. ‘So what the hell is Contemporary’ you are surely asking by now. Well Contemporary is design that is ‘of the moment’ that utilises the latest trends and techniques with a paired back style that is not usually excessively ornamental. Contemporary design is the latest and most current design of today and goes back about 25 years at a time. So, something designed in the 90’s using the latest materials and innovations at the time would be considered Contemporary but could also be quite dated by today’s standards. Unlike Modern, there will always be new contemporary design, however as time moves forward some of those earlier designs that were once considered Contemporary may end up in a design category of their own.

Contemporary design often will put a new spin on a classic technique, style or material rendering it Contemporary. Marble, for example is a very popular material these days, as is tufting and button backed furniture.

Modern and Contemporary furniture are often very complimentary and work nicely together in many interiors. If you buy a newly manufactured piece of licensed design that was designed decades ago, like the Barcelona chair for example, it is still Modern design. If you buy yourself an original Mid-Century modern Florence Knoll Sofa and reupholster it in a state of the art fabric, it is still Modern design. If you go to B&B Italia and fill your house full of the latest and the greatest like the Tufty Time Sofa by Patricia Urquiola than you have yourself a contemporary home. If you choose to mix the two equally you have both a Modern and Contemporary home. 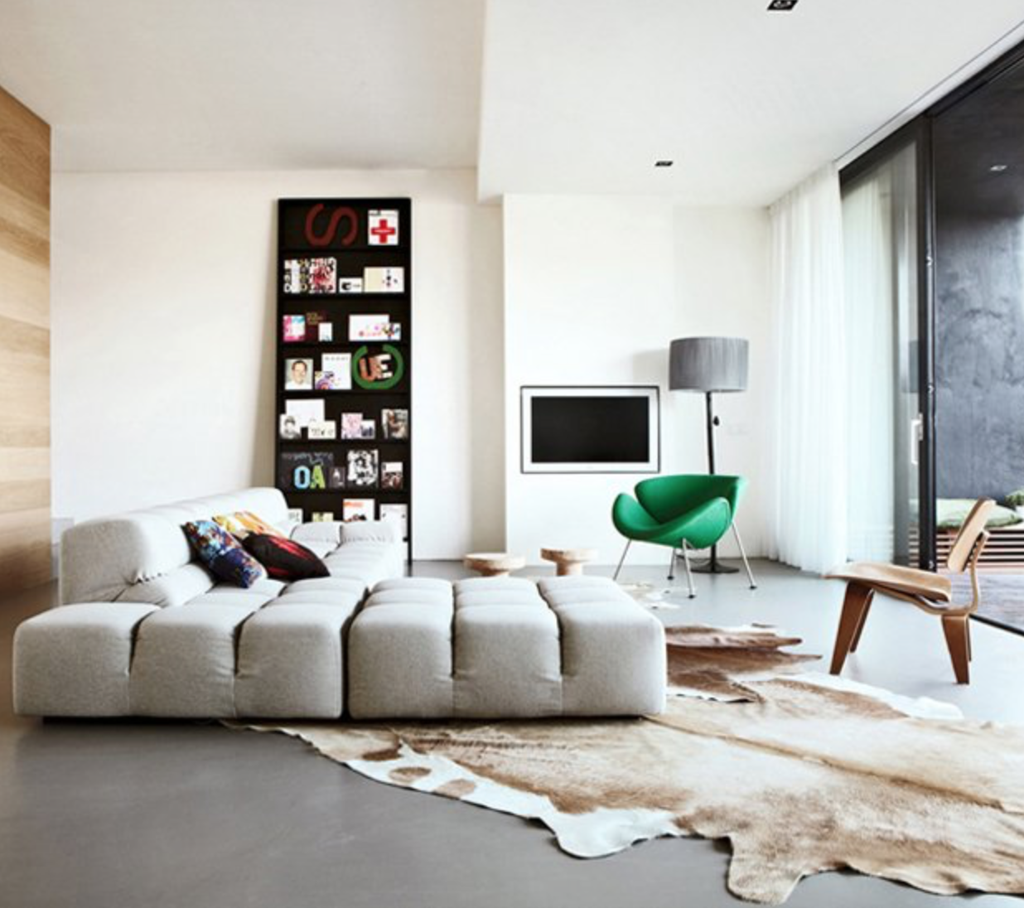 ‘Contemporary’ Tufty Time Sofa shown above with a ‘Modern’ Eames LCW chair and a ‘Modern’ Slice chair by Pierre Paulin in 1960.

That’s a lot to take in isn’t it? Well don’t worry – if you refer to a Contemporary chair as Modern, no one will hold it against you because as I mentioned in the beginning the two words are synonyms and most people don’t know the difference anyway. For the sake of accuracy however, don’t call a (Mid- Century) Modern piece Contemporary as it is actually factually and chronologically incorrect.

I hope this helps clarify things just a bit – I do get asked the question quite often, and it is indeed not a simple answer.